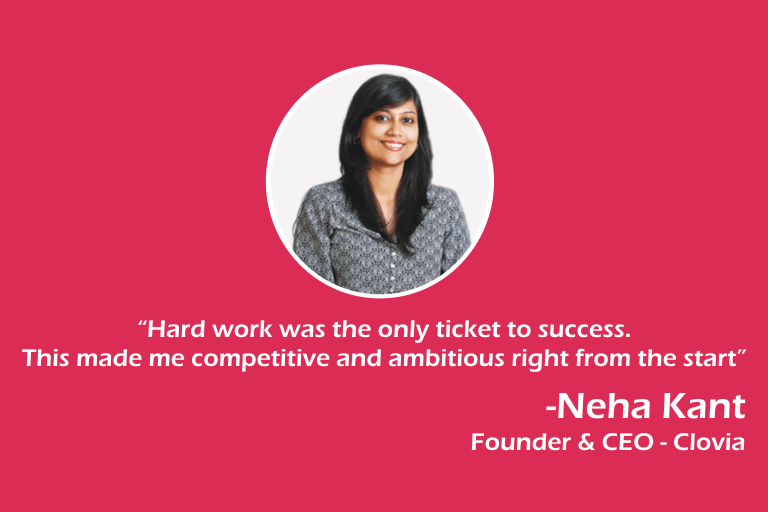 Neha Kant was born in Delhi but was grown up at Haridwar. Her father worked in BHEL and was among that body of engineers who expect their children to follow their footsteps. Neha was a science student, on engineering background but she started playing with numbers and digits very well.

She was graduated from Miranda House at Delhi University in the year 2002 holding BA(H), Math.

Hard work was the only ticket to success. This made me competitive and ambitious right from the Start

What makes Clovia a better place to work?

She started online democracy to reach out customers directly where their feedbacks will be taken.

An offline expansion is one ideology where it favors unemployed women to work from home, student girls would recover their tuition fee for quite some time. Besides her office has a nursery for the kids of working mothers in her company.Her 1-year-old son Neil accompanies his mom every day.

The brand is affordable and has got attractive packages with a new range of collection.

Her Presence in the Indian Market:

One thought on “Neha Kant – Founder and CEO at Clovia”